January groovejam will see me jamming together with Olaf Giesbrecht & MDL

Both specialize on working with electronic hardware to create their music, Olaf even builds and sells his own components at Audiowerkstatt!
I met MDL a few years ago at a very special session at Kindl-Stuben, organized by Philipp Kullen and Vega. Everybody who was part of that will probably never forget it, so I´m super happy to revitalize that by playing with that gentleman from Tijuana again, who just happens to be in town at the right time.

Stefan Röslmair, one of the hosts running the Echtzeitraum will join me in making music for February Groovejam. Berlin-contact-improv enthusiasts will know him as a regular musician at the Marameo jam.

Vincenz Kokot played at the very first groovejam and it is a pleasure to play a duo again with him at the March groovejam. Vincenz will surely bring his arsenal of little sound-making gadgets and create magic. We first met being musicians at the Contact-meets-contemporary-Festival in Göttingen afew years ago, ever since then I have enjoyed the greate ease when improvising with him. By the way: I will join Vincenz´s formation My Sister Grenadine for the tour in may, let´s see if occassional singer/songwriter material will pop up at the groovejam…

Vincenz setup when we played together at Wetzlarer Improvisationstage: 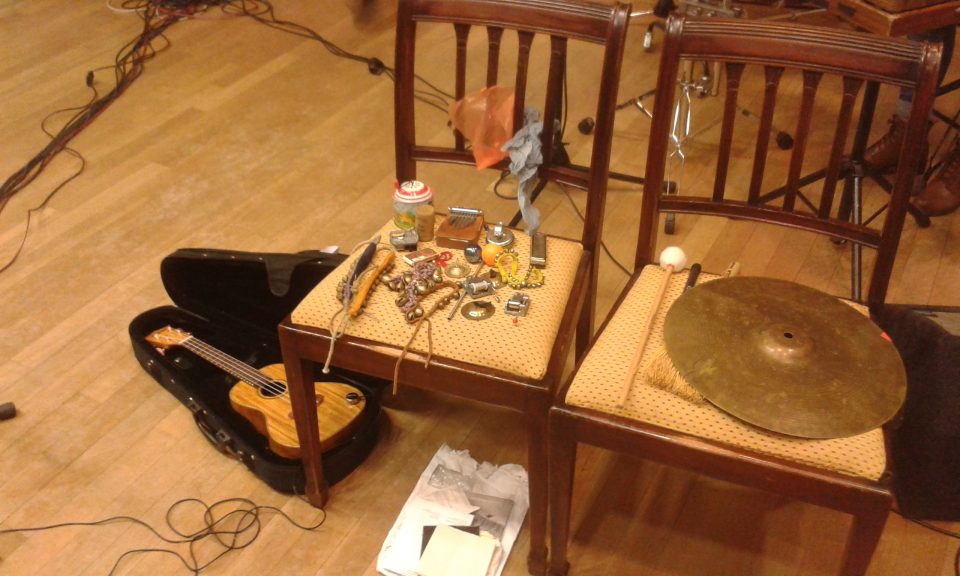