Just finishing an intense working period with singer Yifat Cohen – I am producing her upcoming album and transferred all the tracks to synth-freak Zeno Mainardi, who is responsible for mixing and mastering only a few days ago.

Obviously, this the right man to mix anything I may come up with!

Especially for this album, electronic sensitivities are needed since pretty much of it was created within my laptop, in ableton live software, to be more accurate.

Obviously, they also brought a strong jazzy vibe as you can check here:

Editing the parts of these great musicians at times felt like a giant puzzle and it was a lot of fun! Also, recording them was a blast, Antonio of Wolvesinsound did a great job, helping us to concentrate just on the musical side of things. 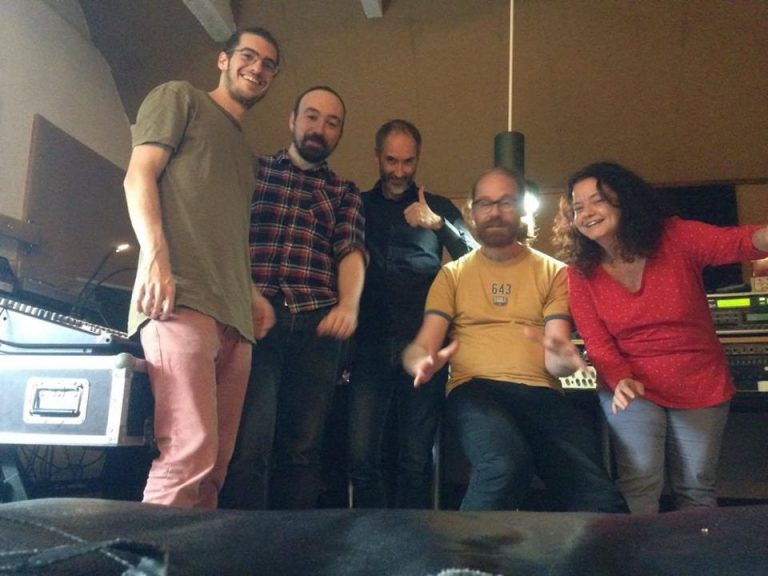 On top of that, Alex Samawicz added several trumpet parts to emulate our big brass section and – last but not least – Christin Dross played violin and Verena Schluß played cello, giving the album a touch of ‘classical’ music, whatever that may mean.

Writing these parts required focusing my attention on composing counterpoint, something I never really did, which is odd because I have been very interested in polyrhythm for some time. Now I delved into it and it turned out to be a lot of fun. Probably like mimicking a language of the past.

The whole process of composing, arranging, recording, re-arranging, pre-mixing has been a great experience. Trying to create a world of sound from some of Yifat´s lyrics and improvised melodies. Trying to build the right harmonic and rhythmical frame around those melodies to turn fragments into songs.

The working process with Yifat often included first takes of a melody. A melody that was not in Yifat´s head before recording and which feels like written into stone the moment I pressed the stop button. All the other instrumental parts came to life around that first melody.

And now, with musicians, engineers involved and the final mix in the works these imaginations manifest in the realm of beings and that is a great pleasure.

The track that conveys this alchemy from initial inspiration to a social reality is ‘A Pause’: We recorded the vocals in a tunnel in Berlin Friedrichshagen last year with a camera. Without any edits to the vocal track – including random environmental noises – the whole track evolved, including live drums, upright bass and different software synth.

Below is a video of some more improvisation from that session which gives a very accurate impression of Yifat´s volcano-like style of improvising, making up melodies in a powerful, ongoing, unstoppable vocal soundwave.

Stay tuned for listening to that voice within the chords, harmonies and rhythms I carefully assembled around it…