After a long period or developing, rehearsing and refining we will finally and officially present Minimal Improvisation to the world on the 28th of May. Yeah, it´s the premiere!
Come along and share this exciting moment – that is, 60 minutes – with us! 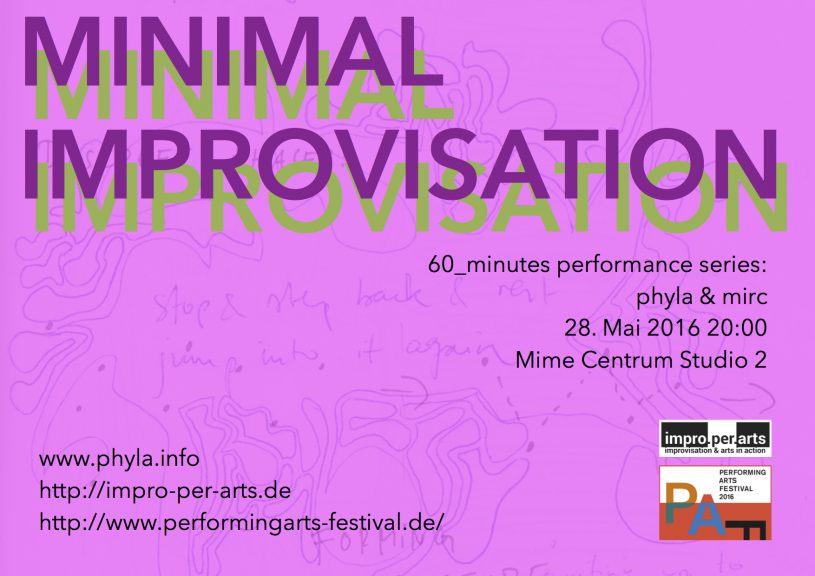 The performance will be part of the Performing Arts Festival Berlin 2016. 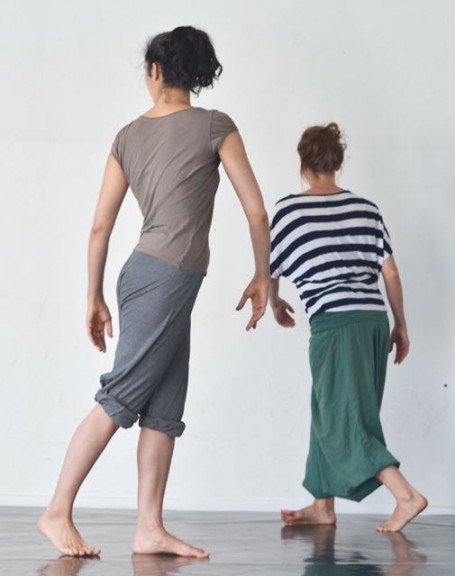 Jennie Zimmermann
is a freelance performing artist exploring sound and vocal art and the combination of dance, physical theater and fire spinning.
Following her passion for dance and voice work especially in the field of improvisation she focuses on contact improvisation and Roy Hart voice work.

Gisbert Schürig
Gisbert Schürig is working as a composer/improviser/teacher with voice (overtone and throat singing), guitar and electronics. He has conceptualized and organized several experimental performances. Also, he has composed for theatre, shadow puppet plays and storytelling, recorded with dancefloor rock formation Blotch and singer/songwriters Velve and Yifat Cohen.

Naïma Ferré
As a contemporary dancer and performer based in Berlin since 2012, Naïma Ferré’s work focuses on exploring the relationship between the body and the mind, with the special angle of duration and repetition. First within her research of dance improvisation (largely influenced by the work of Rosalind Crisp), she also pushes the limits of this exploration through her life model activity and looks for new spaces within this relationship through whirling.

Gali Kinkulkin
Gali is a permanent resident of the Lake Studios Berlin- an artist run dance, production and performance place. Since 2014 Gali has been performing in Israel and Berlin, her dance research is being inspired by improvisation, contact improvisation and the Axis-Syllabus method. Throughout the past years Gali has developed her own research practice, investigating continues exhausting patterns.

Vincenz Kokot
Vincenz Kokots artistic work is located in the fields of music, literature and dance/performance. Since 2005 he has published half a dozen albums with several band projects on various labels and toured Germany and Europe frequently.
Since 2010 he also composes music for movies and installations. Moreover, his work was increasingly concerned with dance and performance as well as with the intersections of sound and text.

Angelika Hammer
Angelika Hammer is a freelance dancer focusing on contemporary dance, flamenco and improvisation. Since 2014 she is offering workshops on contemporary dance and flamenco. She participated in the Dance Intensive programme of Tanzfabrik Berlin 2010/2011. In 2014 she spend several month in spain, studying traditional flamenco at Studio Alícia Márquez with Úrsula López, Andrés Marín and El Torombo. 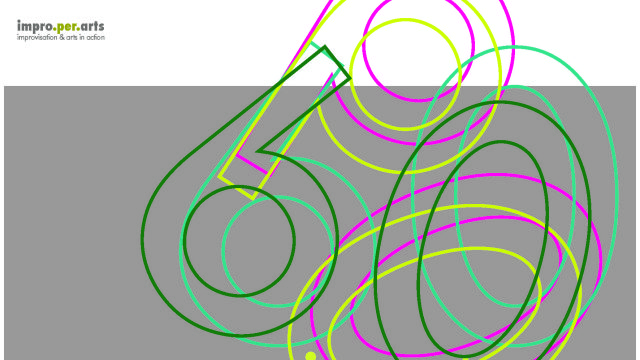