Between the Sounds by Gisbert Schürig on hearthis.at

Today I played for Elma Riza performing ‘Between the Lines#9’ at Raumteiler, Berlin.

In the ‘Between the Lines’ series, Elma works with a limited sets of elements, applies a few rules to unfold an open process of performance and installation, exploring what comes along the way in a calmness and concentration, always shifting between activity and contemplation. 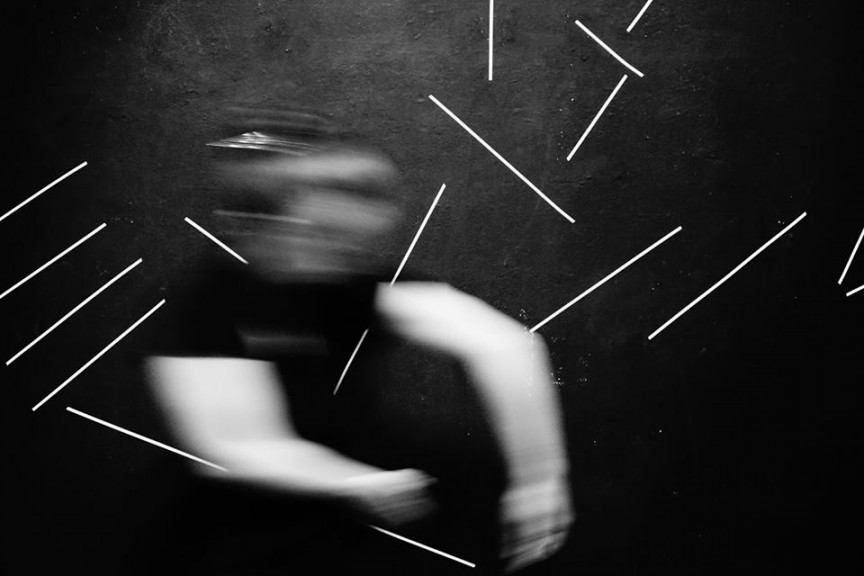 I love to make music in such a context, slowly making changes in an ableton live set on my laptop I feel like a fish in the water. My ableton setup for today´s improvisation was based on four instances of the Patter device by Adam Florin. Similar to phyla´s practice in minimal improvisation with fellow musicians and dancers, these devices have the courtesy to not act strictly in terms of timing but to ‘wait until it´s their turn’, thus creating sequences of fixed order but differing lengths. Isn´t that poetic?
For more rhythmic phrases and bubbly textures I used several instances of stacked midi delays which were triggered by one of the Patter devices.
Sound-wise I used very few sources: sine waves and noise from ableton´s analog device, samples of pieces of metal, an african balafon and an indonesian saron barong I recorded a few years ago. And lots of reverb, different reverbs and finally Ircam´s Multiband delay.

Listening to this improvisation I hear church bells, someone stringing a bathtub, some of that stuff even sounds like a coffee machine, none of which did I intend. But I like the physicality of the sounds that makes these images come up, actually, I would like to take a bath in that tub while someone is make sounds with it. But the more scary part for me is the sounds that are musical in a more traditional sense, the intervals, the short melodic fragments. Morton Feldman stated that he need´s his music – which is usually played very softly – to be played on instruments with the charisma of a long history. Triggering sine waves in my laptop I am not sure about the charisma of this instrument. But I do know for sure that I love the flow of setting things in motion within the software and navigate the processes while they are running.

Thanks to Raumteiler, to those who came to witness the performance and to Elma Riza; looking forward to more collaborations.